A derrick crane is a specific style of lifting machine. It is usually a fixed crane, meaning it is assembled and disassembled in the location where it is used, although there are some very small mobile styles. Generally, the crane is characterized by its long, fixed length tower. These cranes are typically used in locations where items need to be moved from a common initial point to single nearby location, like on shipping platforms and construction sites.

This crane is composed of a tower that pivots at the base. The tower is generally made up of a web work of steel pipes and braces, creating a lot of strength. The tower is connected to four lines which work independently of one another, allowing the crane tower to move freely in any direction. A single fifth line hangs over the end of the tower and has a hook on the end. This line moves up and down and hooks onto items.

Since the hook can go up and down freely, a derrick crane is often used to raise and lower items in a high location, like on high-rise buildings. Often, during the end phase of construction, a crane is brought to the top of the building and assembled on the roof. The derrick then lowers the equipment to the ground, after which it is disassembled and brought down as well. 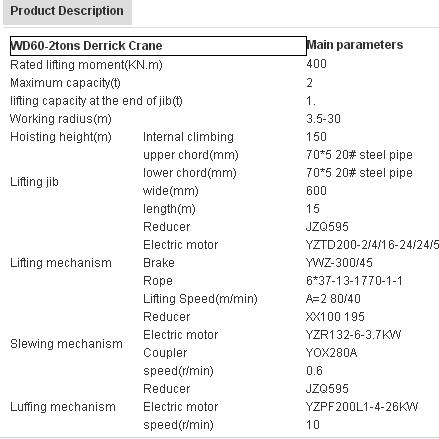 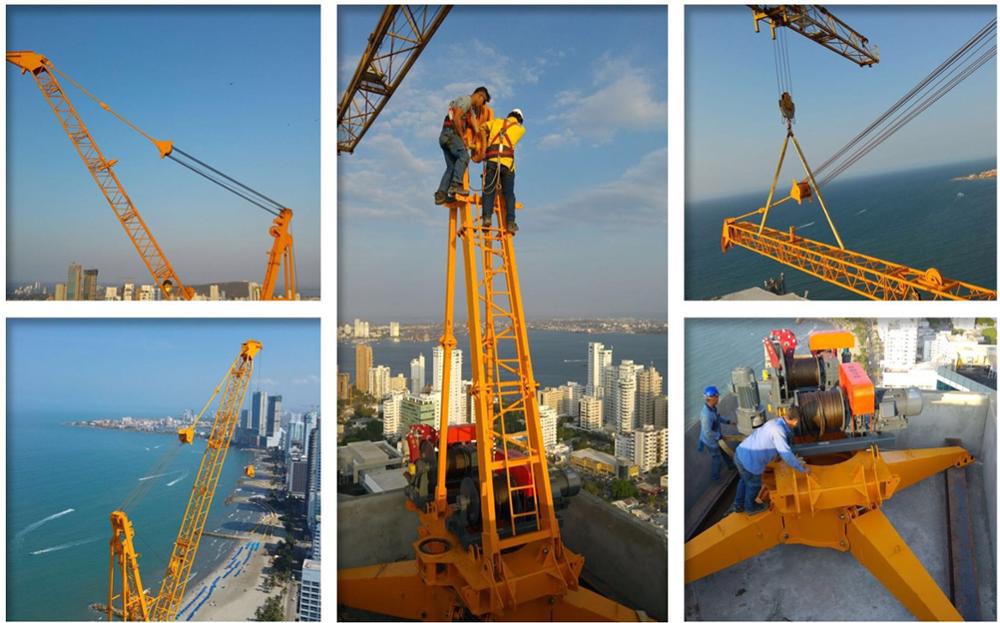 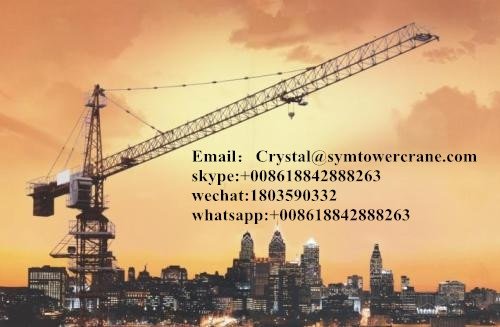